Can the Thai Economy Maintain its Resilience 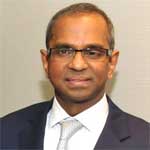 Thailand is in deep mourning as the passing of King Bhumibol Adulyadej ends a glorious reign of 70 years during which Thailand fended off immense external threats and internal instability, while transforming itself from a poor agrarian country into a middle income Asian tiger. There is little question that the King’s long years of devotion to his people elicited an extraordinary level of public adulation. Consequently, his departure from the scene is bound to cast a pall of uncertainty and sadness over the Thai economy. Even before the announcement of his death, the Bank of Thailand had warned that the economy would slow in the third quarter while the purchasing manager index for September showed clear signs of deceleration, including a sharp drop in new business orders.

Our assessment is that, while the second half of 2016 will show a deceleration, the Thai economy is likely to be resilient over time, particularly as some of the factors that have exerted a drag on the economy fade away. Much will depend on politics though – how the transition to the new reign is managed in the short term and, over the longer term, how the long political crisis is finally resolved.

Near term: a recovery temporarily interrupted

Until the September purchasing manager surveys showed a loss of momentum, Thailand had seemed to be overcoming the malaise that enveloped it during the years of political instability culminating in the military coup of 2014. The economy was gaining steam as seen in a range of indicators:

Overall, we expect the near term hit to the economy from the King’s passing to be temporary. The critical need is to address the longer term concerns so that private investment once again becomes a driver of sustainable growth.

Thailand’s economy is truly impressive. Over the years, it has shown an extraordinary resilience to all manner of shocks – whether it has been the frequent political stresses or weather-induced ones such as the devastating floods in 2011 or the more recent prolonged drought or the 2014 tsunami that damaged some of its main tourist resorts. It has also shown an ability to keep moving up the value chain even as competition intensified. The reason is that Thailand’s capacity for spontaneous, bottom up adjustments is impressive – its companies are adept at finding ways around challenges, energetically re-engineering themselves in response to changing competitive conditions.

Nevertheless, bottom up adjustments can only go so far – state intervention is still needed from the top down to provide public goods that businesses are ill-equipped to produce – such as high quality vocational training or free trade agreements or infrastructure. In this respect, the damage from more than a decade of leaders being pre-occupied with political struggles is becoming clear. State intervention to address long term challenges has not been forthcoming sufficiently.

First, Thailand will be a rapidly ageing society from the next decade onwards. As its fertility rates have been falling for a long time, the indigenous Thai work force will begin to decline from around 2022 onwards, bringing its potential economic growth down decidedly. As labour force growth decelerated in the recent decade, there has been a massive inflow of foreign workers, about half of whom are in Thailand illegally. This inflow, while providing a temporary relief to labour-intensive industries, has also impeded the longer term adjustment needed – without this massive inflow of cheap labour, wages would have risen gradually and forced companies to move up the value chain. Thailand desperately needs a more convincing top-down strategy to address its demographic challenges.

Second, there is a serious issue with competitiveness. India, Vietnam and Indonesia are implementing reforms that will, over time, allow them to compete more effectively against Thailand for market share in exports as well as foreign investment. For example, the latest World Economic Forum rankings showed India surging from 71st to 39th over 2014 to 2016 while Thailand’s ranking slipped three places to 34th – even though its highly regarded economic institutions such as the Board of Investment and the National Economic and Social Development Board have been working hard to improve Thailand’s fundamentals. Thailand has not negotiated game-changing trade agreements that expand markets for its companies in the way Vietnam has. If the Trans-Pacific Partnership Agreement which include Vietnam and Malaysia but not Thailand is ratified, Thailand will be face serious challenges.

Will political developments trip up the economy?

There are two areas of concern in regard to political risks.

First, businesses need to be sure that the royal succession will proceed smoothly. There are some murmurings arising from the National Legislative Assembly not proclaiming the Crown Prince immediately as King – even though Premier Prayuth explained that this was at the behest of the Crown Prince himself as he wished to delay the formal proclamation until the immediate mourning period was over. In the meantime, the formidable Prem Tinsulanond, former Prime Minister, army chief and head of the Privy Council, will be Regent pro tempore or acting King, an unusual development which has set tongues wagging. However, Prayuth and his deputy Prime Minister have both categorically stated that the Crown Prince will indeed ascend the throne so this source of uncertainty should end soon.

Second, there has to be a resolution to the underlying conflicts that have precipitated 11 years of constant political instability and two military coups. Thailand needs a new grand bargain among the quarrelling interest groups within the elite. Once the royal succession is completed, we suspect that there will be a push for such a compromise: While we are confident that a resolution will eventually emerge, the process of getting there may well be messy and prolonged.

In short, political uncertainty may well hold the country back in the short term but over time, we believe that Thailand could well put this period of instability behind it.

Once politics is resolved, Thailand has a lot going for it

Despite the challenges of demographics and competitiveness, Thailand is in a reasonably good position.

First, the massive infrastructure programme that is being rolled out will boost demand for many years to come. Once these large investments in roads and railways are completed, the improved connectivity will spark off new sources of growth around the country as long-neglected regions are connected to markets.

Second, Thailand has an enviable geographical position: it sits at the heart of the increasingly integrated Mekong region which brings together Myanmar, the two southernmost provinces of China, Laos, Cambodia and Vietnam. Thai companies are particularly well-positioned to exploit the massive economic potential that is just being realised. Indeed, Thai firms are all over the region already, gaining the scale, experience and markets to transform them into global powerhouses in future. At the same time, Bangkok is the natural business and financial capital of this region. Bangkok can leverage off this position to become a formidable regional hub in its own right, perhaps giving even Singapore a run for its money in some areas.

Conclusion: Thailand could embark on a new era of growth – if political risks are contained

Once the main political concerns are addressed, Thailand has what it takes to enjoy a new phase of economic development – strong economic institutions, an energetic and flexible corporate sector, a formidable base of multinational foreign investors who continue to be attracted to the country, a fantastic geographic position and a highly trainable work force. While its weak demographics do limit its potential growth rate, that need not impede its transformation into an upper middle income country.