How Singapore Can Cope with the Risks of 2019 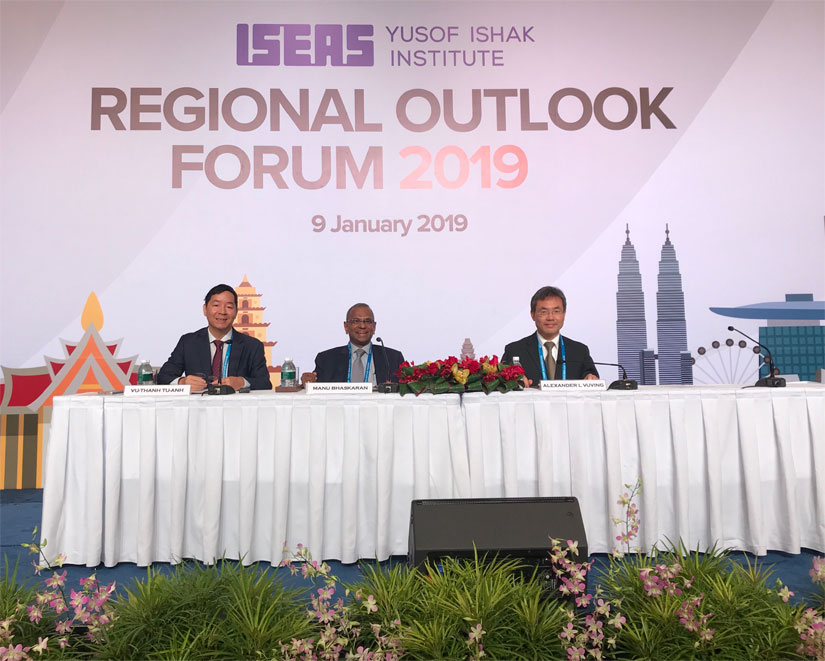 2019 could be a tricky year for Singapore’s economy. Despite strong fundamentals domestically, Singapore may be vulnerable to slowing global demand as a result of growing trade protectionism and large economies resorting to tariffs and other kinds of nontariff measures. This, in turn, could have a follow-on impact on trade-related services that Singapore thrives on, such as shipping, logistics, insurance and trade finance, to name a few.

In this conversation with BRINK Asia, Manu Bhaskaran, director of Centennial Group International and founding director and chief executive officer of Centennial Asia Advisors, and one of Singapore’s foremost economic commentators, talks about this and other challenges the economy could face this year, how businesses can overcome these challenges, and what the Singapore government is doing to support the economy and its businesses.

BRINK Asia: How do you assess Singapore’s economic prospects going into 2019?

Manu Bhaskaran: The coming year should be a reasonably good one. We should see a modest deceleration to around a still-decent 2.5 percent in 2019 from a likely 3.3 percent in 2018 as global demand loses momentum and domestic demand remains lackluster.

Inflation is likely to rise a little but will still remain quite low at 1.2 percent from about 0.5 percent in 2018. The labor market remains tight and, even with slightly slower growth in 2019, should translate into higher wage growth and more upward pressures on consumer prices, especially as some administered prices, such as public transport, will rise.

The external balances will remain in a strong surplus, providing Singapore with a buffer to face any external turbulence. And the Singapore dollar will probably continue appreciating, on average, against other currencies, though it might weaken just a little against a strong U.S. dollar.

But these “decent enough” economic numbers will mask what will probably be a rough year for businesses. Financial markets will be turbulent, and asset prices will remain under pressure. The weakness in domestic demand and uncertainty in the property market will affect local businesses. However, if policy action is taken to boost demand, things should pan out better.

BRINK Asia: What are some of the domestic challenges faced by the economy?

Mr. Bhaskaran: There are two sets of challenges faced by Singapore. First, there are near-term or cyclical challenges. The first is that trade-dependent Singapore can only look on as trade protectionism grows. It is not just the U.S.-China spat, but a broader trend among the world’s largest economies to resort more frequently to tariffs and other trade restrictions. If the U.S.-China friction worsens, as is possible, then the volume of world trade will weaken, and that will hurt Singapore’s manufacturing sector, which exports most of what it produces. But weaker trade volumes will also mean a correspondingly weaker need for port and airport cargo services, transportation, logistics and trade finance, all of which are a concern.

Separately, Singapore’s financial markets will also continue to be buffeted by turbulence in financial markets as the Fed continues to raise rates (perhaps not as aggressively as expected a few months ago, but still at least twice in 2019). Emerging market currencies, bonds and equities will be hit, and Singapore’s stock and bond markets will feel the heat from that.

Second, there are structural challenges. Beyond the current spate of tit-for-tat tariff hikes is a broader danger of deglobalization—if large countries pursue inward-looking or mercantilist policies that restrict not only trade but also flows of people and capital. Singapore is basically a global node that manages such flows of goods, services, people, capital, ideas and so on. If these flows start to stagnate or grow more slowly, business for Singapore’s global center will become lackluster.

It could be a much tougher world for small countries as the rules-based economic order that protects the small against bullying by the big diminishes in effectiveness. For example, the World Trade Organization is in danger—the U.S. keeps vetoing new appointments to its dispute settlement court, which means that in a year’s time, there will not be enough judges to hear cases. Once the dispute settlement mechanism breaks down, it will be back to the law of the jungle in world trade, with large countries trying to impose their will on small ones.

It seems that at least some of the new technologies that are proliferating seem to favor economies with large consumer markets over the smaller ones. It cannot be a coincidence that the largest tech companies come from the U.S. and China. Where does that leave Singapore with a tiny market?

Singapore’s future lies in innovation and productivity. Yet, while productivity growth is picking up, it remains too low for comfort. Even the current pickup seems related more to the cyclical uptick in the economy than a fundamental improvement. In the critical area of innovation, the surveys show Singapore as being among the best in the world at mobilizing inputs for innovation, but the actual outcomes seem less impressive, suggesting that there may be deeper problems in our innovation efficiency.

BRINK Asia: And what are the key challenges Singaporean businesses are faced with?

Mr. Bhaskaran: Domestic firms face a number of challenges. Many complain that the cost of doing business—rentals, wages, the cost of intermediate inputs—has risen. Securing a sufficient supply of workers is cited by many as a constraint on their ability to grow their businesses as a result of the government’s efforts to restrict inflows of foreign labor, especially of the unskilled variety, in order to wean local firms from depending too much on cheap foreign workers.

Separately, domestic demand is growing slowly. Despite fairly good headline economic growth, personal consumption spending has grown unevenly. Companies are also not investing in new capacity at a strong pace—in several quarters in recent years, total investment in the country has declined rather than risen.

Therefore, firms in Singapore struggle to scale up in a world where scale matters more and more.

BRINK Asia: How can businesses overcome these challenges?

Mr. Bhaskaran: Singapore’s business sector has to move up the value chain—in terms of products and services that they offer as well as the sophistication of the business processes used to provide those goods and services. They must develop more of a mindset of change and reinvent themselves.

Larger firms with scale and capacity need to invest in research and development to improve their product offerings while seeking more cost-efficient ways of producing those offerings.

Other firms that are able to do so, need to seek more markets within the region. There are several trends playing out that businesses need to capitalize on. For example, the ASEAN economy is growing rapidly; many production facilities are being moved from China to locations such as Vietnam, Thailand and Malaysia, which form Singapore’s hinterland; the middle classes across the region are expanding and demanding higher-quality goods and services that Singapore firms have some experience in; and there are massive infrastructure programs being implemented. So there are tremendous opportunities in the region.

BRINK Asia: You mentioned productivity. How can the Singapore government boost productivity and sustain long-term growth?

Mr. Bhaskaran: The government should be an enabler, creating an ecosystem in which private enterprise can flourish. It should provide the public goods that a thriving economy needs—a well-educated and continuously trained workforce and good infrastructure. Government should intervene in the economy to do the things that private firms are unable to do—such as providing regulations that are appropriate, ensuring sufficient competition, and enabling consumer and worker protection. It is the government that is best-placed to finance and manage high-level R&D of the sort that private firms are unable to do.

The Singapore government also needs to review why businesses are complaining so much about the costs of doing business. Is it a problem of a small-scale economy that unit costs are unavoidably high? Is it because property prices have surged too much? Or is it due to a lack of competition within the domestic market?

Separately, the government should also continue with tightening the inflow of cheap foreign labor while being a bit more liberal where skilled workers are concerned. That will provide firms with more incentives to move up the value chain.

Additionally, our free-trade agreements can be expanded so as to provide, where possible, more scope for our small local firms to scale up. Economic partnership agreements and cross-border arrangements with neighboring countries need to be revitalized such as the now moribund Growth Triangle idea, which was to have included Johor, the Riau Islands and Singapore itself.

Another element of a good ecosystem is probably a wider set of social safety nets. In a world of growing disruption, more people will lose their jobs through no fault of their own and will need to be helped. Wide social safety nets will also allow more risk-taking.

The education system, an excellent one in many ways, has one drawback in my view, and that is that it seems to stifle innovation and creativity. The government is taking this issue to heart, but seems hesitant to make big moves, such as the scrapping of the PSLE (Primary School Leaving Examination) examination.

In short, I think the government needs to be bolder.