Most export-dependent Asian economies posted slower growth in 2018 under the shadow of trade frictions between major economies, and the same frictions are affecting this year’s prospects.

The world’s two biggest economies, the United States and China, were also the biggest export markets for most Asia-Pacific countries, and analysts have said their trade dispute was one of the factors that weakened global demand and restrained Asian growth last year. 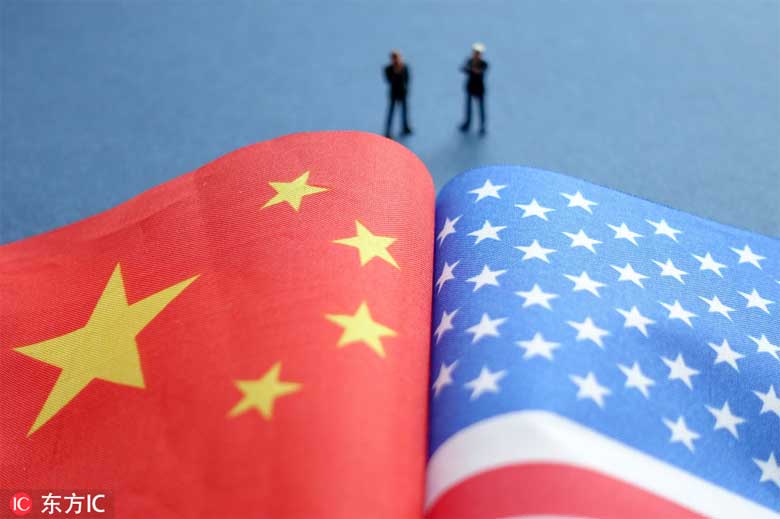 The China-US trade dispute continued to weigh on most Asian economies so far this year, driving forecasts into cautious territory even with the news that constructive negotiations were taking place.

According to Trinh Nguyen, senior economist at the French investment bank Natixis, the trade dispute dampened Asian business sentiment in the first half of last year. At that time, most Asian economies were already reeling from rising US interest rates and weaker European demand.

“By the fourth quarter, the Asian region, especially the countries that are highly linked externally, entered full deceleration mode,” she said.

Manu Bhaskaran, CEO of research and advisory firm Centennial Asia Advisors in Singapore, said the dispute has led to a “huge increase in uncertainty and reduced business confidence”.

He said weak business sentiment has also pushed companies to postpone big investment decisions, as they wait to see if the ongoing negotiations between the US and China will end trade tensions.

Analysts said investors and policymakers in the Asia-Pacific region are closely monitoring the trade talks because the results will have a significant impact on the region’s economy.

“The trade conflict isn’t just about trade but also investment, and so it will have medium-term implications for the reshuffling of the supply chain,” said Nguyen of Natixis.

For Centennial Asia’s Bhaskaran, a resolution of the trade dispute will bolster business confidence, renew investment interest and support economic growth in the region.

“If, on the other hand, a full-blown trade war erupts, then there will be a collapse in business confidence and spending, resulting in a significant slowdown across Asia,” he said.

Bhaskaran said export-dependent countries such as South Korea, Singapore, Malaysia, Thailand and Vietnam are more likely to be hurt most if the trade dispute escalates.

Apart from exporters, Bhaskaran said, the trade dispute will also dent investor confidence, pushing them to withdraw capital from emerging markets they see as having greater risks.

“This could add to the strains on domestic demand in many countries,” Nomura said.

Given the uncertainties posed by the trade dispute, analysts said Asian governments need to implement measures that will keep their economies resilient.

Nguyen of Natixis said Asian economies have learned their lesson from the Asian financial crisis, which has encouraged them to be more fiscally prudent and beef up their international reserves.

She said the buffer will allow Asian governments to ease monetary and fiscal policies to protect their economies if the China-US trade dispute remains unresolved.