Time for an Asian-Asean century 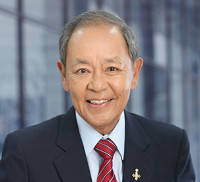 Centennial Asian Advisor’s Chairman ROBERTO F. DE OCAMPO is invited to write as part of a compilation of selected articles from key ASEAN Thought Leaders to commemorate ASEAN’s 50th Anniversary. This article was published by The Strait times and Viet Nam News.

The first step in Asean’s long journey to where it is today can perhaps be said to have been taken about 13 years before its formal founding in August of 1967 with the signing of the Bangkok Declaration by the Philippines, Thailand, Indonesia, Malaysia and Singapore.

That first step, which became the impetus for the idea of connecting Southeast Asia economies, was called the Southeast Asia Treaty Organisation (SEATO). SEATO was an international organisation of eight member economies created after the Second World War for the purpose of establishing a strong, collective defense in Southeast Asia.

In this group, only the Philippines and Thailand were actually Southeast Asian economies while the rest, such as Great Britain, the United States and France, were the principal colonial powers in the region. Among other reasons, the consensus approach of SEATO greatly limited its military significance-not to mention that it seemed to be a copy-paste model of the North Atlantic Treaty Organisation which did not work in an Asian setting.
It was a more security-focused cooperation with the two-pronged objective of preventing the advance of communism from happening via a “domino theory” (i.e. if one country fell to communism the others would follow suit) and promoting a China containment policy led by the West.

This security focus had not significantly waned even during the establishment of ASEAN in 1967 at the height of the Cold War, and ASEAN’s main objectives then were to create a bulwark against communism and to prevent conflicts between newly created post-colonial nations.

In the 50 years since then, times have significantly changed. The preeminence and regional standing of the two main Cold War protagonists, the USSR and the USA, were seriously dented with the breakup of the USSR and the disastrous experience of the US in the Vietnam War.

Meanwhile, Deng Xiaoping launched China on its march to the less threatening economic powerhouse that it is today, thus making a continued China containment policy anachronistic. As these developments unfolded, Asean became more aware of the economic potential of its population of 700 million, expanded from five to 10 nations, and began to shift its focus towards a continued commitment to promote regional peace and stability, while emphasising acceleration of the region’s economic growth and the development of a single market and production base in goods.

Asean countries emulated Japan’s export-oriented economic strategy and became known as tiger economies; the Asian economic crisis notwithstanding, economists and pundits alike have forecast the advent of the “Asian Century”.

To pull that forecast off successfully, Asia (including Asean) has to achieve the kind of dynamic economy the West has attained by putting into place the indispensable economic pillars that have become basic structural elements of all progressive Western economies.

Thus, first: a robust and globally recognised financial system. Asia has the world’s highest savings rates but continues to rely on Yankee and euro bonds for large-scale finance.

The case for less reliance on the West already had its genesis during the Asian financial crisis that originated in Thailand, an Asean country, when the West, led by the US and the International Monetary Fund (IMF), dragged its feet towards a financial rescue package on the grounds of moral hazard, in contrast to its mad rush to provide one for Mexico during the earlier Mexican crisis. I personally witnessed this as chair of the Asia-Pacific Economic Cooperation finance ministers at that time. Asia learnt the important lesson of needing to wean itself from dependency on the West.

Thus, the resulting establishment of the fledgling Asian bond market and the recent recognition of the Chinese yuan as an international reserve currency have become important elements upon which to build Asian finance.

Second: widespread development of infrastructure. Through its One Belt, One Road Asian infrastructure development programme, China will inevitably take the lead in transforming the economies of countries all along the ancient Silk Road from eastern China to Central Asia, all the way to Moscow. The effect on Asia could be similar to the transformation the US economy experienced via its building of the US interstate highway system and the expansion of its rural electrification programme that transformed its Dust Bowl states into progressive economies.

But it will also advance a geopolitical manoeuvre to expand the Chinese sphere of influence throughout Asia. Asean, on the other hand, has launched its Master Plan for Asean Connectivity comprising 15 priority projects, including the Asean Highway Network, the Singapore-Kunming Rail Link, the Asean Broadband Corridor and the Mindanao-Bitung (Indonesia) Roll-on Roll-off Network.

Since this requires significant levels of financing, the China-led infrastructure bank (AIIB) as well as the establishment of the Asean Infrastructure Fund are steps in the right direction- but increased Asian influence on the leadership structure of the World Bank (should its president always be American?) and the IMF (should its head always be European?) may also be needed.

Third: intra-Asian agreement on security arrangements concerning potential flash points such as North Korea and the South China Sea. Asian countries must evolve modus vivendi on such matters or leave their fate to a continuous US role as the regional policeman of last resort.

Fourth: further development of an Asian trade community. The European Union model with its open trade and borders is a good one to emulate, but without a pan-Asian government or common currency.

The Asean Economic Community and Regional Comprehensive Economic Partnership are positive inputs towards the formation of a trade community based on a market whose population is 60 per cent of the world’s.

Should continued progress along these lines be taken, this will indeed be an Asian Century crafted primarily by Asian initiative. And even as it faces the challenges of megatrends such as increasing urbanisation, competition for finite natural resources, the inevitable rise of a larger middle class, and the technological revolution, Asean will be an integral part of this Asian Century, maintaining the peace and stability of the last 50 years of its existence, and achieving its desired inclusive growth objective.