China recalibrates policies, what does that mean?

Centennial Asia > Our Insights > Blogs > China recalibrates policies, what does that mean?
No Comments 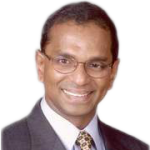 Since early December, Chinese policy makers have executed a sharp U-turn in their policies in several areas. Where management of the covid pandemic is concerned, the reversal of the uncompromising covid-zero strategy was nothing short of dramatic. But there have also been significant adjustments in how China’s leaders are addressing domestic economic challenges such as the real estate correction and the regulation of big tech platform companies. In the diplomatic arena, there have been some signs of China taking a softer line in a few areas.

These shifts raise many questions. Does the apparent abandonment of so many of President Xi Jinping’s signature policies indicate that his grip on power has been weakened? Are the changes enough to allow the economy to turn around decisively? And, will a more nuanced diplomatic line allow a thawing of the frigid relations between China and the western powers?

Even the most skilful propagandist will find it challenging to put a positive spin on Xi’s about face on his zero-covid policy. Given how dominant Xi is, he cannot help but be identified with all major policies- and their successes and failures. A policy misstep as serious as the covid-zero strategy followed by the abrupt and ill-prepared reversal can only harm him in the eyes of the public. Moreover, the hasty discontinuation of these public health restrictions so soon after the short burst of protests across the nation would have told ordinary folks that Xi and the Chinese Communist Party that he leads can be pressured into making changes to policies people dislike. If that leads to folks having a greater willingness to take to the streets in future, once they are sufficiently riled up, then there could be longer term political consequences as well. That is probably why the security agencies are quietly cracking down on the protestors, with many now in detention and likely facing heavy penalties.

While that could take care of any public dissension, what about the elite within which there are factions which have not been happy with Xi. So far, there is nothing in the propaganda lines followed by Chinese media to suggest that Xi is on the political backfoot. Personnel appointments in recent weeks quite consistently show Xi’s allies being appointed to key positions following the 20 th Chinese Communist Party Congress which saw Xi’s allies dominating virtually all the key positions in the party.

What that tells us is that, while an element of fragility has crept into his power, Xi is far from being on the defensive within the elite power structures. If anything, it looks like Xi felt so confident enough in his hold on the system that he felt he could make somewhat embarrassing policy changes without suffering too much damage. Unless he makes further serious and egregious misjudgements, it is unlikely that his hold on power will diminish any time soon.

Will the economy turn around?

A far more difficult question to answer is whether recent adjustments in economic strategy will be enough to generate faster growth. Although data mentioned by Xi in his new year message seemed to suggest growth of around 4.4%, there is a rough consensus that national output expanded by around only 2.8% in 2022, which is one of the worst economic performances in decades. Recent data showed China’s exports sinking in December by 9.9% after falling 8.7% in November. Given the bleak outlook for the world economy, we can only expect further contraction in exports.

That means a recovery in China will depend entirely on domestic demand. The critical area is consumer spending: Here, the portents are improving but we do not expect a return to robust spending patterns this year:

The outlook for investment, another key driver of the economy is also mixed:

The other issue for investment is the attitude of private entrepreneurs who have had a hard time in recent years as policy makers increasingly appeared to favour the state sector over the private sector. Realising this, government leaders have been signalling a more supportive approach to the private sector. A series of authoritative statements have been issued since mid-December assuring the private sector that the government would encourage private enterprises to grow. The previous talk that so frightened China’s entrepreneurs such as references to the “barbaric expansion of capital” has been dispensed with.

While some businessmen will remain wary, we think that the private sector will respond with more investment spending – though care will be taken to focus capital spending in areas where government interference is less likely or which have the government’s blessing – such as semiconductors and the manufacture of components needed for China to attain technological self-sufficiency.

Putting it all together – a middling consumer recovery, a somewhat stronger investment rebound and falling exports – a growth rate of around 4.5% to 5% seems likely. That is not an inspiring pace of growth after a low base in 2022 but it still represents a return to growth that is close to its potential and sufficient to help support the global economy.

Will there be a thaw in big power relations as China softens its approach?

Just as there has been a rethink on domestic policies, it looks like a similar recalibration is underway in external relations. Qin Gang, China’s relatively soft-spoken ambassador to the US has been promoted to Foreign Minister. He has generally taken a measured approach to the US. In recent statements, he has made cordial remarks about Americans, describing them as “hard-working, friendly and talented”. Before leaving Washington to return to China to take up his new position, he had an amicable meeting with his US counterpart, Secretary of State Antony Blinken, where the two talked about “maintaining open lines of communication.”

At the same time, China has adopted a friendlier attitude to Australia which had borne the brunt of Chinese umbrage when its previous prime minister had called for an investigation into whether the covid virus had originated from China. For example, the Chinese authorities have allowed three state enterprises including China’s largest steel producer to resume imports of Australian coal. China has also been pursuing better relations with Europe.

These encouraging steps do show that China’s foreign policy makers are prepared to learn from setbacks and change tack where necessary. President Xi and his colleagues also probably want to ensure that relations with the US and its allies are kept on an even keel while they sort out China’s many internal problems.

But this is more a mid-course correction rather than a fundamental move away from the assertive foreign and national security policy that has emerged under Xi. This was seen in how China imposed penalties on Japan and South Korea for daring to single out Chinese visitors for special covid-related restrictions. It was also seen in China’s continued activities in the South China Sea, where its maritime militia have been operating aggressively even in waters off the Philippines, a country which has sought better ties with China. Where China’s fraught ties with India are concerned, there has been little sign of a thaw.

Nevertheless, it looks to us that enough has been done to ensure that US-China relations will not be a destabilising factor in global politics.

Conclusion: who are the winners from China’s recalibration?

The recovery in China’s economy which comprises 18% of the world economy will have a material impact on much of the global economy.

First, commodity exporting economies are already benefiting: The promise of a turnaround in China’s economy is already having a material effect in some areas. Prices of raw materials such as copper have surged, or example. As China’s rebound materialises, we expect more prices of cyclically-sensitive commodities such as base metals and thermal coal to recover as well.

Second, China’s yuan has also steadied as confidence in Chinese assets returned. That has helped Asian currencies to also find their feet.

Third, we expect Chinese tourists to return in force in the second half of this year. That will be a huge boon to Asian tourist destinations such as Thailand, Malaysia and Indonesia which have conspicuously not imposed any restrictions on the entry of Chinese visitors despite the spike in covid infections in China.

Fourth, as the overall economy in China gathers more traction by the middle of the year, we should see a rise in China’s demand for the intermediate goods that China imports from East and Southeast Asia.

Would there be any downsides from China’s recovery? Some observers have worried that the boost to demand from a revival of China’s appetite for imports would raise inflationary pressures. We think this fear is exaggerated. Demand in the overall global economy is slowing even with China’s recovery as monetary tightening and the lagged effects of the energy price shock from last year work their way through developed and emerging economies. Supply chain dislocations are also easing so allowing some of the inflation in logistics and transportation costs to ease.

Overall, we believe that the re-set in Chinese policies will be a tangible positive for the world economy.