China beware, the road to an open financial system is paved with Asian casualties

Centennial Asia > Our Insights > Blogs > China beware, the road to an open financial system is paved with Asian casualties
No Comments 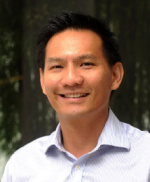 In recent years, the Chinese government has announced a series of measures to open up the financial sector, both to attract foreign investments and to develop its financial system.

In November this year, the State Council of China released its “Opinions on Further Improving Work for the Utilisation of Foreign Capital”. The document includes 20 policy measures in four domains – deepening market opening, strengthening investment promotion, extending the reforms in investment facilitation, and protecting the legitimate rights and interests of foreign investors. These measures aim to create a fairer, more robust and transparent environment for foreign enterprises investing in China.

Compared to the opening up of its goods sector, China’s liberalisation of financial services has been tightly controlled. Its vast financial markets remain largely closed to foreign financial institutions. Contrary to what standard economics says, the history of developing countries in East Asia provides good reasons for the sort of financial repression, capital regulation, and cautious liberalisation that we have seen in China over the last few decades.

As Joe Studwell argued in How Asia Works, the successful developing countries of Asia were those that kept their financial institutions on a tight leash and aligned with national development strategies. After the war, Japan’s Ministry of International Trade and Industry (MITI) provided direction to the banking system and had broad discretion over the allocation of foreign exchange. This created a financial system that supported state-directed industrial policy.

Similarly, South Korea pursued financial policies aimed at supporting rapid industrial development. In the early 1960s, Park Chung-hee re-nationalised the banks, and financial policy was put mainly in the hands of the Minister of Finance. Unlimited rediscounting of export loans and policy loans were provided to projects favoured by the government. Japan and South Korea also had similar frameworks for capital controls and government direction of banks during the catch-up phase to ensure that domestic capital was mobilised to serve industrialisation goals.

In contrast, premature financial liberalisation in the major Southeast Asian economies of Indonesia, Thailand, Malaysia and the Philippines, combined with the lack of effective industrial policies led to financial system calamity, especially the Asian financial crisis of 1997-98. Beginning in the mid-1980s, Malaysia, Thailand, and Indonesia were persuaded by international financial organisations to pursue financial liberalisation and to relax government controls over finance. These reforms handed over control of their financial systems to domestic entrepreneurs who sought to take advantage of their monopolistic positions in the domestic market to maximise short-term profit. Instead of supporting the sort of industrialisation that had enabled northeast Asia to prosper, the financial systems of most of Southeast Asia channelled money to the wrong things, most obviously speculation in real estate.

The openness of their financial systems also gave their tycoons and entrepreneurs far more opportunities to move their capital abroad, rather than to reinvest it domestically.

Thailand’s financial market was the most liberalised in Southeast Asia. In 1996, it had a fully open capital account; foreign capital inflows contributed to a huge asset bubble and a growing current account deficit. This led currency traders to take short positions against the now freely tradeable baht.

Despite initial efforts at propping up the value of the currency, the Thai government was eventually forced to abandon its pegged exchange rate system on July 2, 1997. The collapse of Thai banks, which had borrowed heavily in foreign currency terms mostly to finance real estate projects, necessitated large IMF bailouts and the belt-tightening measures that came as a condition of the bailouts. It was not until 2003 that Thailand regained its pre-crisis level of Gross Domestic Product (GDP). The costs that Thailand has had to pay for premature financial liberalisation – in the form of rural unrest and political strife – are still being felt today.

The economic history of this region therefore suggests that financial repression and capital controls are often prerequisites for late-industrialising countries to catch up with already developed countries. But a financial policy based on financial repression approaches diminishing returns beyond a certain point. As developing countries converge with developed ones, they face pressures – both domestic and external – to move to a more open, deregulated financial system. But it is hard to achieve a smooth transition that is free of the excessive consumption and asset bubbles that typically presage a financial crisis.

The lessons from Japan’s lost decade are especially instructive. As Japanese firms scaled up and became more international in the 1980s, they demanded less regulation to obtain cheaper financing offshore. Unable to profit from their traditional corporate customers and barred from underwriting share sales, Japanese banks increasingly directed their lending to real estate and consumer loans. Japan also lifted capital controls in 1980 and, bowing to US pressure, allowed the yen to appreciate after the Plaza Accord in 1985. These attracted large foreign capital inflows, much of it speculative in nature, and boosted real estate prices. For a time, the combined value of the real estate around the Imperial Palace in Tokyo was greater than the entire state of California. At the same time, the Japanese government pursued a low-interest rate policy to counter the effects of yen appreciation on exporters, but ended up fuelling consumer lending instead. All these factors contributed to Japan’s bubble economy, and the inevitable collapse of the bubble led to Japan’s lost decade in the 1990s.

In South Korea by the 1980s, the powerful, family run corporate giants known as chaebol had turned into economic bullies. This stoked public discontent and led to more calls for the government to deregulate finance and curb chaebol power. In the 1990s, persuaded by the IMF and its own pro-free market economists, the Korean government lifted capital controls and allowed short-term offshore borrowing. These measures gave rise to a flood of short-term foreign debt. This debt was called in rather than rolled over during the Asian financial crisis. The liquidity shock then triggered a major financial crisis in Korea.

But unlike the Southeast Asian countries severely affected by the Asian crisis, South Korea was already an industrial powerhouse by the late 1990s. The lower currency allowed the Korean economy to export its way out of trouble. After the Asian crisis, South Korea also opened up its financial system and pursued far more orthodox (and prudent) financial and monetary policies. It has not had a financial crisis since.

China’s rapid growth in the last forty years – driven by export-led manufacturing and aided by a financial system made to serve developmental goals – has been quite similar to Japan and South Korea in the post-war period. Now, it too faces the challenges and dilemmas of financial liberalisation just as Japan and South Korea did in the 1980s and 1990s.

As financial liberalisation progresses, the growth of non-bank loans and funding from foreign markets points to the steady erosion of state power over the financial system. Private enterprises, financial institutions and international speculative capital are already taking advantage of loopholes in China’s system of capital controls to seek short-term profit.

China’s efforts to open up to a broader set of foreign investors are also expected to lead to a loss of market share for its long-protected domestic banks. But beyond that, as the Asian crisis from 20 years ago reminds us, foreign capital is often fickle and volatile. Countries that open themselves to capital inflows become more vulnerable to large capital outflows when investor sentiment turns south. Unless its macroeconomic fundamentals are sound, this may result in sharp currency depreciations, financial instability, and recessions.

As the Chinese economy matures and becomes more complex, financial liberalisation is unavoidable; the leash on finance must be lengthened. China has now entered a critical period to reform its economic structure. And given the size of China’s financial markets and how intertwined the Chinese economy is with the world economy, any misstep could damage the latter. Learning from past episodes of financial liberalisation in developing countries in Asia, China has to be alert to potential risks and contagion and ensure that liberalisation is conducted in an orderly manner. The stakes could not be any greater.